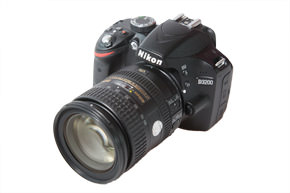 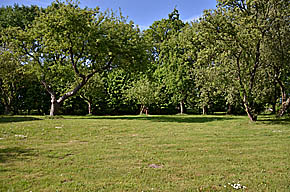 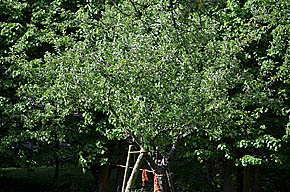 The body of the Nikon DX 16-85 mm VR is made of plastic and it has a metal mount. The lens is remarkably small when it is set to a focal length of 16 mm. Zoomed in to 85 mm – and with the flower-shaped lens hood attached – the lens is twice as long. The Nikon 16-85 mm uses an internal AF system. While focusing, the filter on the Nikon 16-85mm dosn’t rotate. The focus ring and zoom ring rotate smoothly and the lens feels more solid than the Nikon 18-55 mm kit lens. The autofocus is driven by a Silent Wave Motor. The AF is almost silent, but not very fast. With a Nikon D7000 camera it focusses from 15 meters to 1.5 meters in 0.35 seconds. The AF-S system makes it possible to manually override AF, without having to use a switch. Even in low light, the AF is accurate.{insertgrid ID = 289}

The vignetting shown by the Nikon 16-85 mm is –  expressed in stops –  from f/3.5 to f/6.5 on the high side at a focal length of 16 and 85 mm. When you apply these apertures in practice you will, depending on the subject, encounter visible vignetting. At the other focal length / aperture combinations, vignetting is sufficiently low. Vignetting can easily be corrected in Lightroom or Photoshop. 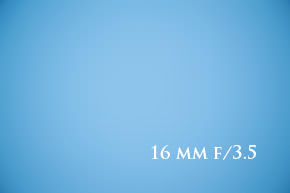 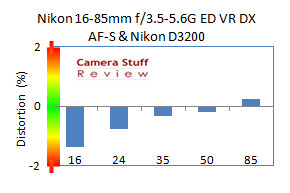 The lens elements of the Nikon 16-85 mm feature Nikon Super Integrated Coating to reduce flare and ghosting. Yet we see both flare and ghosting in strong backlight.
In practice, you do have to take this into account. As an illustration you see in the image to the right red and green, aperture shaped, ghosting. 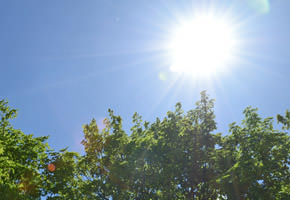 The Nikon 16-85 mm, like most zoom lenses on a camera with an APS-C sensor, shows an unattractive Bokeh. The bokeh is restless and has rings. With a point light source in the background, you can see that the aperture blades are not round, and the bokeh shows corners. 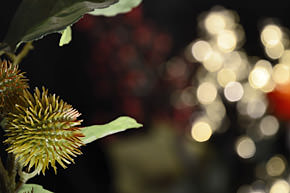 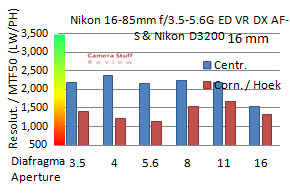 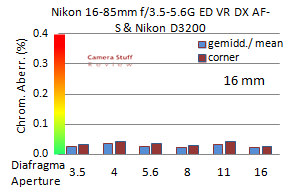