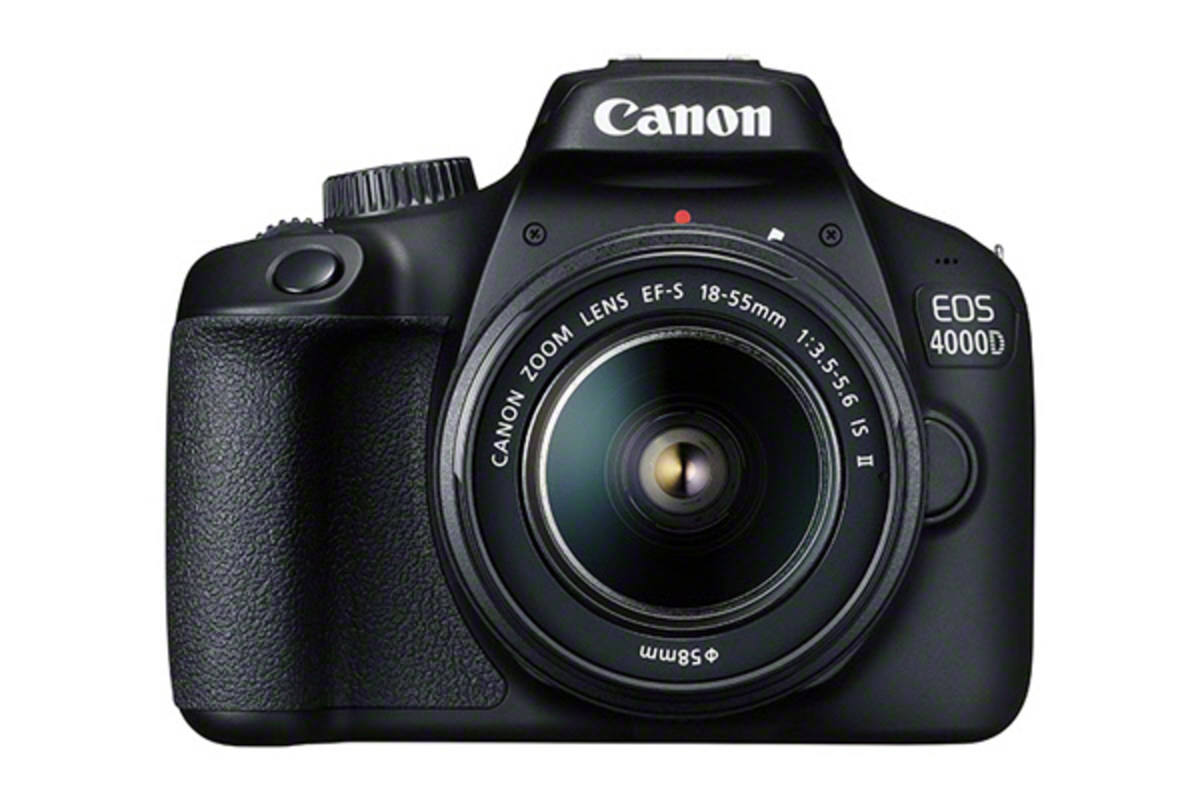 Canon was the first brand that years ago to bring a digital SLR camera, the EOS 300D, below the limit of € 1000.00. The EOS 4000D goes a long way further. Of course, the prices of digital equipment have dropped considerably since those early years, but it still seems almost unreal to be able to buy a real Canon SLR with EF-S 18-55 mm f/3.5-5.6 zoom lens for less than € 300.00. To keep the price so low, Canon has put in work.

The Canon EOS 4000D is completely made of plastic, including the mount. The same applies to the EF-S 18-55 mm f/3.5-5.6 zoom lens. The two therefore form one extremely light whole. A weight of 630 grams for a camera with standard zoom is not much, and you can easily take the 4000D with you. The zoom lens is specially made for this camera and has no image stabilization. This of course reduces costs but means that you have to increase the speed of the camera in low light in order to avoid blurred shots. The 18-megapixel sensor is a somewhat older model that was included in almost all APS-C models from Canon a few years ago. Other things that Canon has saved on are the viewfinder without diopter adjustment, the relatively small screen for modern sizes and the limited number of buttons. There is no separate on/off switch, but the ‘off’ position is simply on the selector. What do you get for so little money? A new camera that gives you access to the entire Canon range of EF-S and EF lenses. A body that is easy to use thanks to Canon’s good interface and with which you can take pictures with the well-known Canon specs praised by many photographers. A camera and lens with which you can, with sufficient light, make good photos. 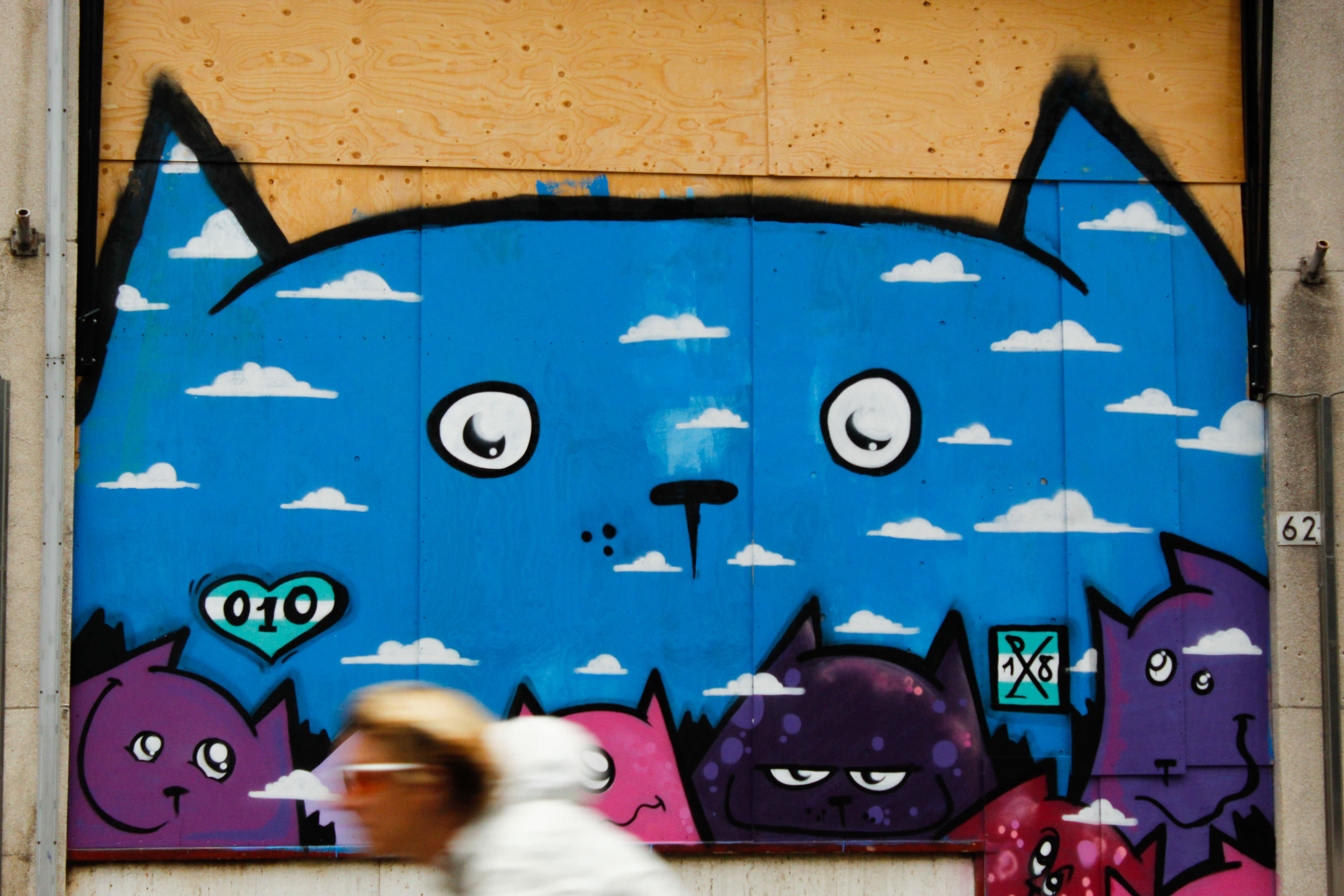 DThe Canon 4000D with 18-55mm lens is the cheapest DSLR kit you can buy right now. The Nikon D3400 is slightly more expensive, and the same goes for the Canon 2000D and 1300D. The 2000D has a modern 24-megapixel sensor and a metal mount, and the 1300D has the same sensor as the 4000D, but a metal mount and Wi-Fi with NFC. The Nikon is another option, with a more modern 24-megapixel sensor and (slightly) extended AF system, and – again – a metal mount. The Nikon has no Wi-Fi, but Bluetooth with SnapBridge. This works slower than Wi-Fi but offers the option of keeping the camera continuously connected to your smartphone and automatically transfer your files. The kit lens of the Nikon also has VR, Vibration Reduction. None of these competitors have a touchscreen, but the screens are bigger and better. For just a little more money, you get a lot more camera. If you are looking for a camera with the image quality of the 4000D but with control that look more like a smartphone, then look at the Canon EOS M10. That is a compact, mirrorless camera from Canon without a viewfinder but with a touchscreen. 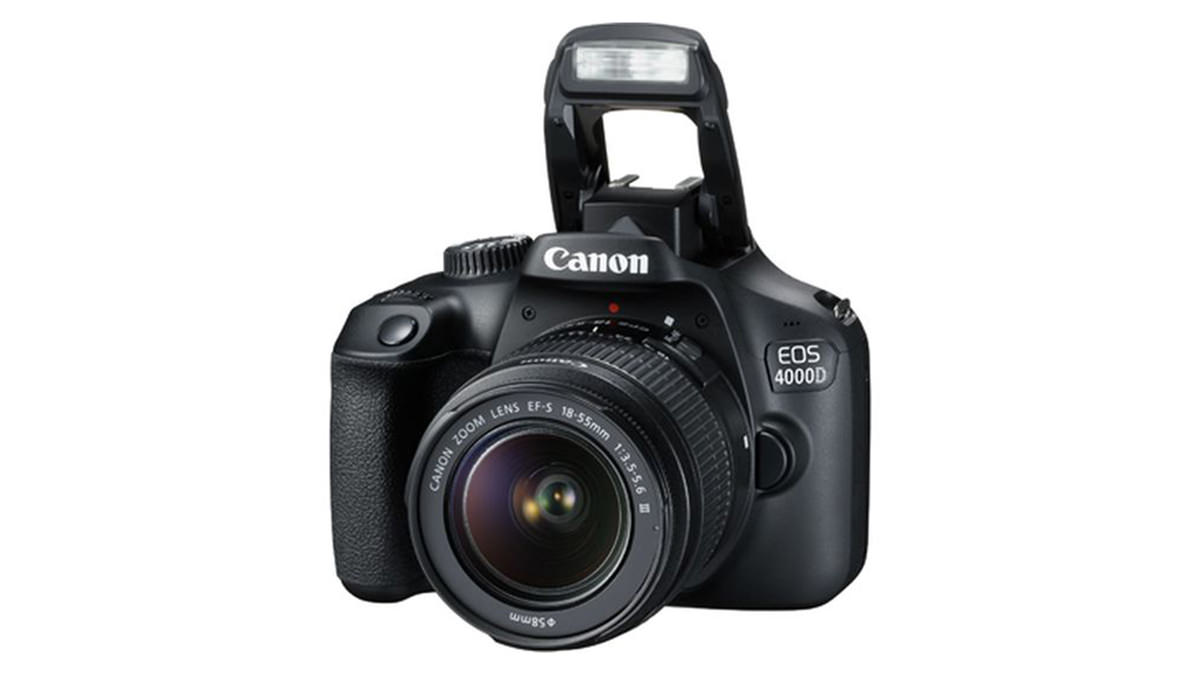 The body of the EOS 4000D is a study in cost savings. To begin with, it is completely made of plastic, including the mount. Apart from that mount, we have no problem with plastic bodies. They can easily endure years of enthusiastic amateur use. That mount means that you should not change lenses very much. If you want more telephoto, you could consider upgrading to 18-135mm or 18-200mm, so you only have to put the lens on once. We do not find an on/off switch on the body. It is integrated in the selection button for the exposure modes. It is a simple and effective solution, although it means that sometimes you have to turn the selector dial more to use your favorite setting. With a separate on/off switch, you can of course simply leave the camera in the mode with which you prefer to work. There is also no button to fold up the flash. Folding and collapsing is simply a matter of moving the flash manually. On the back, we find the 2.7″ screen and the usual Canon buttons. Only the texts that are normally on the buttons are now printed on the body, so Canon did not have to print every button. What is strange is that almost all buttons have a different shape. You would say: make them all the same. That is even cheaper to produce. The tolerances are good, and nothing breaks the 4000D. Also, in this price class, Canon knows best how to make a good body. 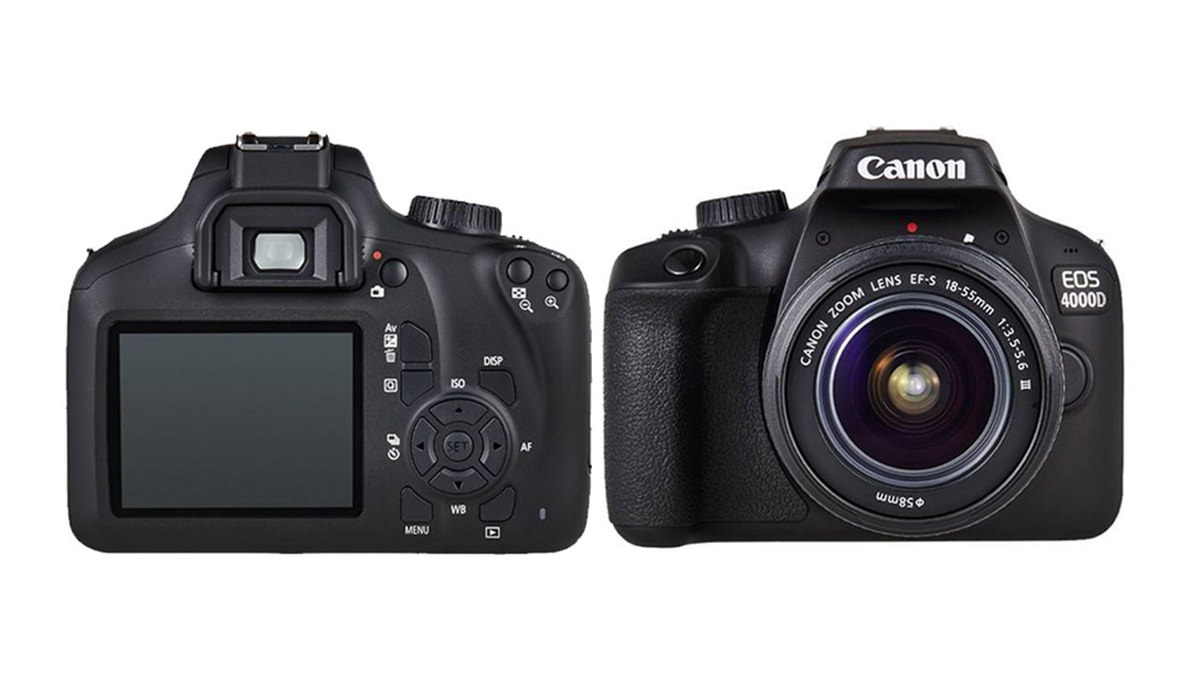 The viewfinders of entry models from Canon are, as usual, quite small. But with other brands that’s no different, unless you switch to mirrorless cameras with electronic viewfinders. A large optical viewfinder is expensive and also, inescapably, bigger and heavier than the compact pentaprism viewfinder of the 4000D. It is possible to work with it, though spectacle wearers may regret the lack of a diopter setting. The screen is smaller than we are used to from many Canon entry models and the resolution is not very high at 230,000 pixels. If this is your first camera, then of course you will not mind because you’re not accustomed to bigger.

The menus are what we expect from Canon: logical and clear. And of course they are a bit shorter than on, for example, a Canon EOS 5D Mark IV. There is less on this camera. But what is on it, you can easily find, and it will not take long to understand the 4000D.

With the 18-megapixel sensor of the EOS 4000D, you can make beautiful, sharp shots with a lot of detail. Actually, it is rather the kit lens that is the limiting factor in terms of image quality rather than the sensor. Put a 50mm f/1.8 from Canon (or Yongnuo) on this camera, and you suddenly see a significant increase in sharpness. Of course, the sensor is not as good as the one in an EOS 80D or M50, but then we are talking about cameras where the body alone is twice as expensive as this kit.

The sensor shows its age as soon as you start to push the dynamic range to the maximum. The standard profile of Canon is cool, with a lot of contrast and nice, deep shadows. If you open it up, to reveal extra details or if you try to lighten an underexposed image, you will soon see noise. There is still some room for maneuver in the RAW files, but not as much as with modern sensors. Of course, you will not see much of it if you do not do a lot of post-editing or if you use the jpegs directly from the camera. 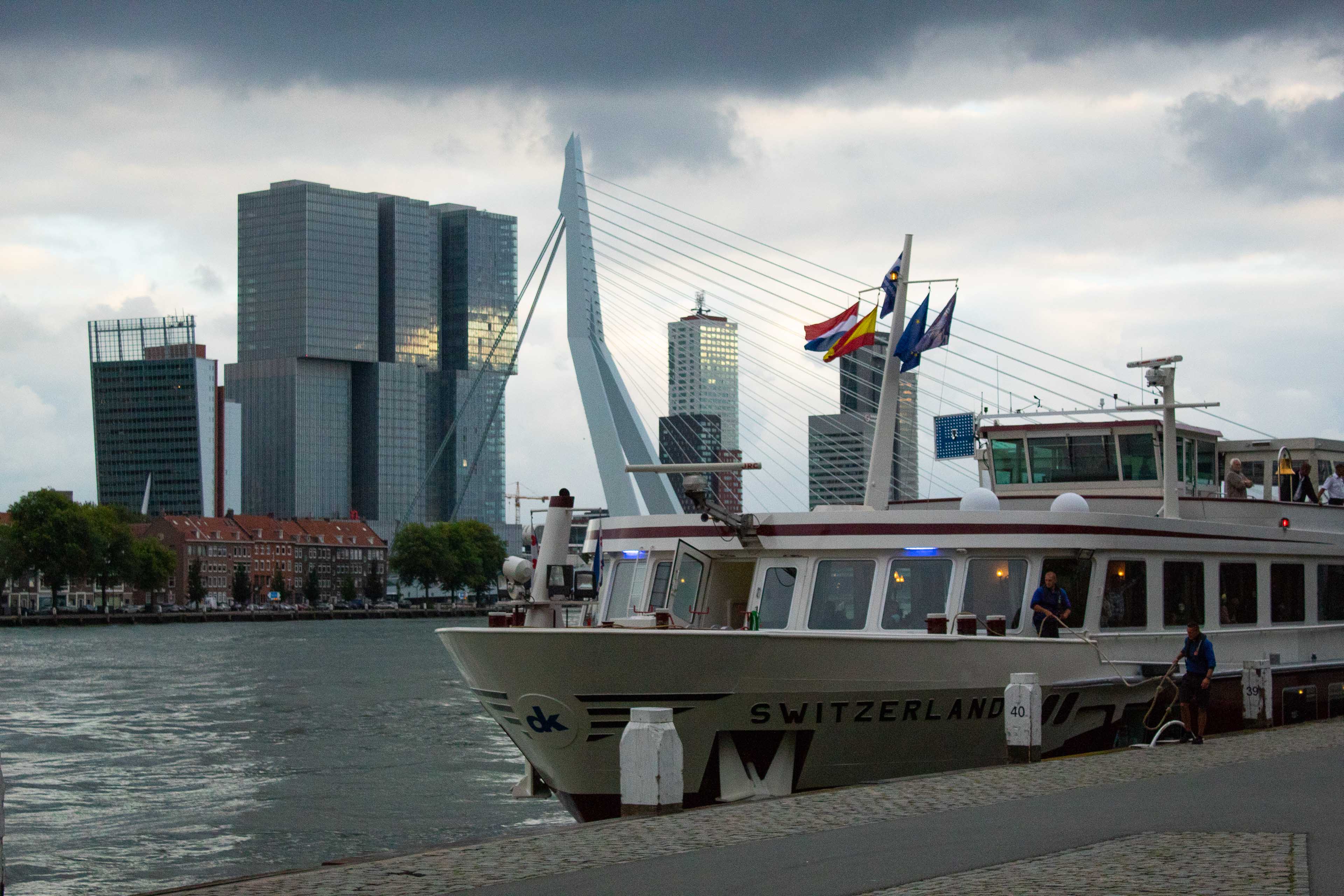 The color reproduction has been one of Canon’s strengths for years and the reason why many photographers remain loyal to the brand. Sassy colors and strong contrasts, but at the same time few annoying overtones in skin tones or shadows ensure beautiful reproduction. 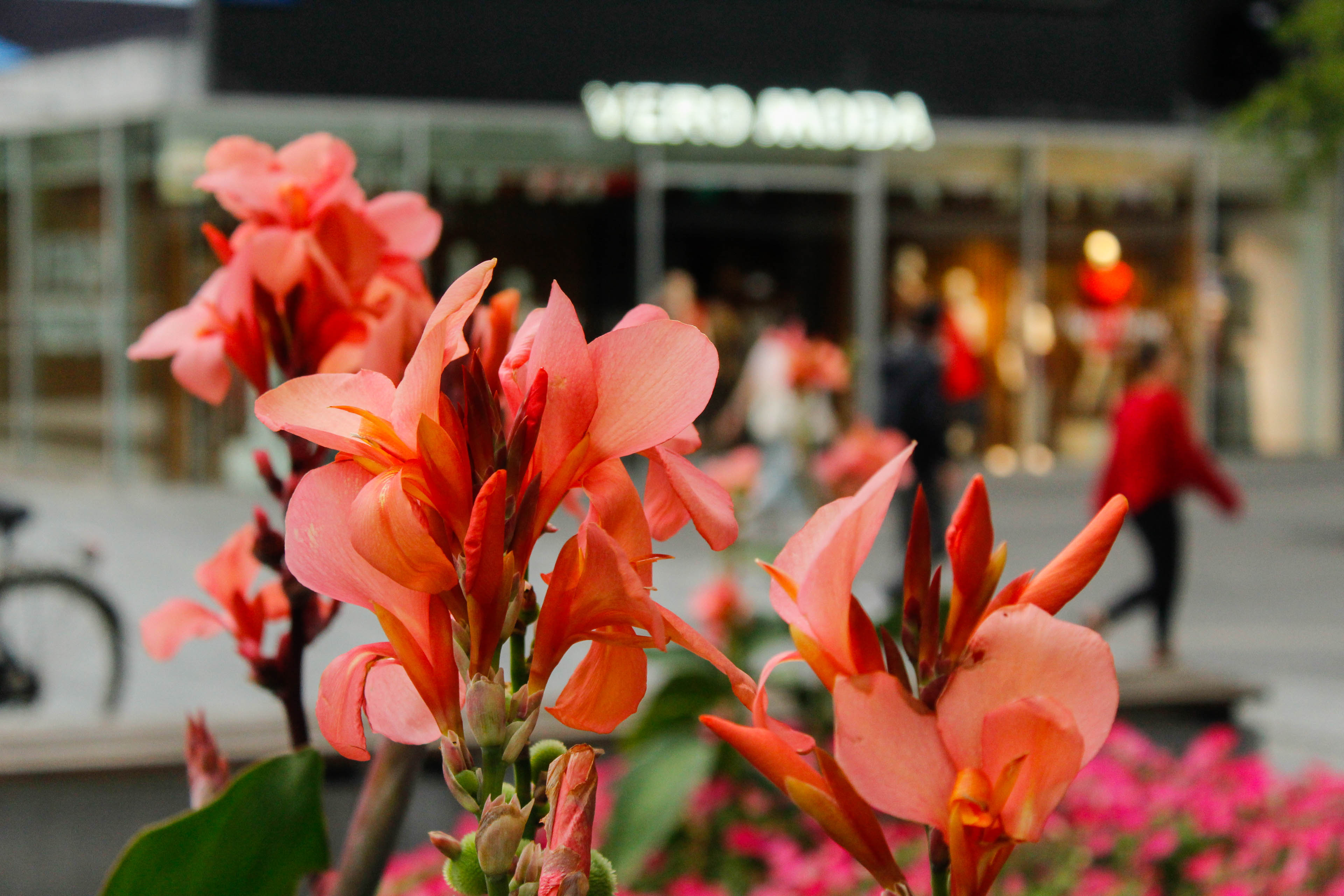 At ISO 100, everything looks good on the EOS 400D, and you can also increase the sensitivity until the first noise starts to reveal itself. The sensor may be a couple of years old, but ten years ago, Canon was the absolute top in terms of good performance at high sensitivities. And you can still see that in the EOS 4000D. The highest sensitivity is ISO 6400, with an extended value of 12,800. Try to avoid those two, and the images look fine even in low light. If you want to use ISO 6400, you can resort to using the RAW files. With a little post-processing, you can also make ISO 6400 look good.

The Canon EOS 4000D can film in full HD (1920×1080 pixels) in 30 or 24 frames per second. Slow motion is also possible in HD format (1280×720 pixels) up to 60 images per second. The bitrate is 46 Mbps, and that is reasonable. Canon uses H.264 as compression, and that makes handy files that are easy to play back. For recording, you have to rely on the small and not so sharp screen on the back of the camera, and you cannot turn it or fold it out. The 4000D is therefore not suitable for selfies. The camera also has no microphone or headphone input. Of course, you would almost want to say, given the price. It means that you are completely dependent on the built-in microphone for recording sound, which only records in mono.

We can be brief about this. The Canon EOS 4000D with the associated 18-55mm kit lens has no image stabilization. As long as you photograph with enough light, that is of course no problem. But it limits the camera as soon as it gets darker or you want to photograph indoors. And that’s a shame, because it can easily cause disappointments for beginning photographers. The high ISOs of the 4000D are not as good as many newer cameras, and the 18-55mm is not bright. Then you soon have to resort to the flash or buy a lens that is brighter or has stabilization.

The AF system of the 4000D is the old 9-point system that has been around for about a decade. It works, but of course does not offer the extensive coverage or advanced tracking options that modern systems offer in (much) more expensive cameras. 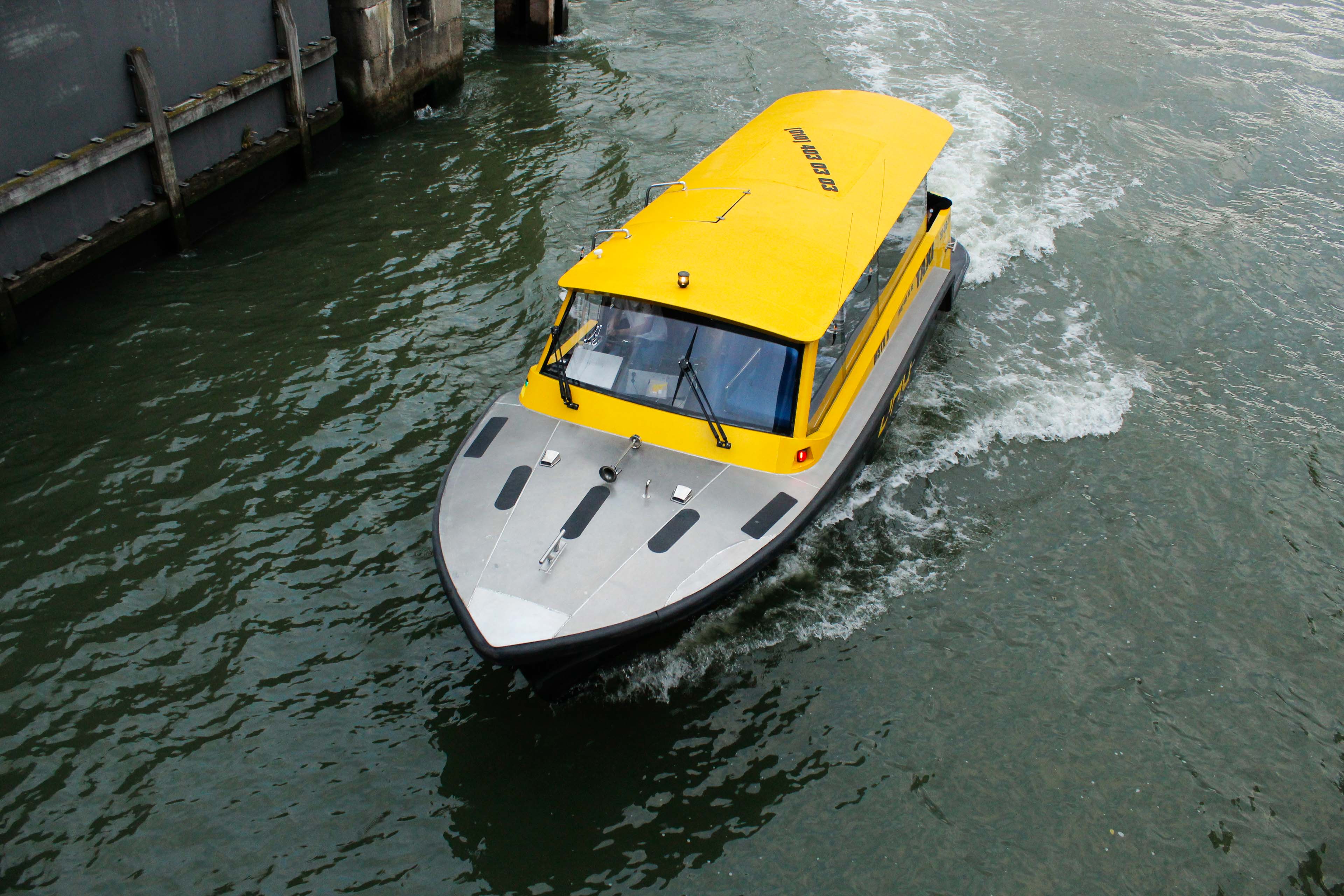 Something that the Canon EOS 4000D does have and many of the older Canon’s with the same sensor and AF module don’t is Wi-Fi. The 4000D does not have Bluetooth or NFC for fast linking your smartphone, but thanks to the Wi-Fi connection, you can easily send shots to your phone or tablet. This makes the 4000D a modern camera that you can use for social media.

The Canon EOS 4000D is a Canon’s newest entry-level model, full of somewhat older but also tried and tested parts. The 18-megapixel sensor and DIGIC IV processor are not exactly the latest generation, but you can still take great photos with them. There are better cameras, but not for this money. And the idea behind an entry camera is that it is a device for taking your first steps in photography. And the 4000D does that well. If you make the switch from a smartphone, you do miss modern conveniences such as a (large) touchscreen, and the 4000D may feel somewhat spartan. On the other hand, you gain some access to the most comprehensive system in photography.