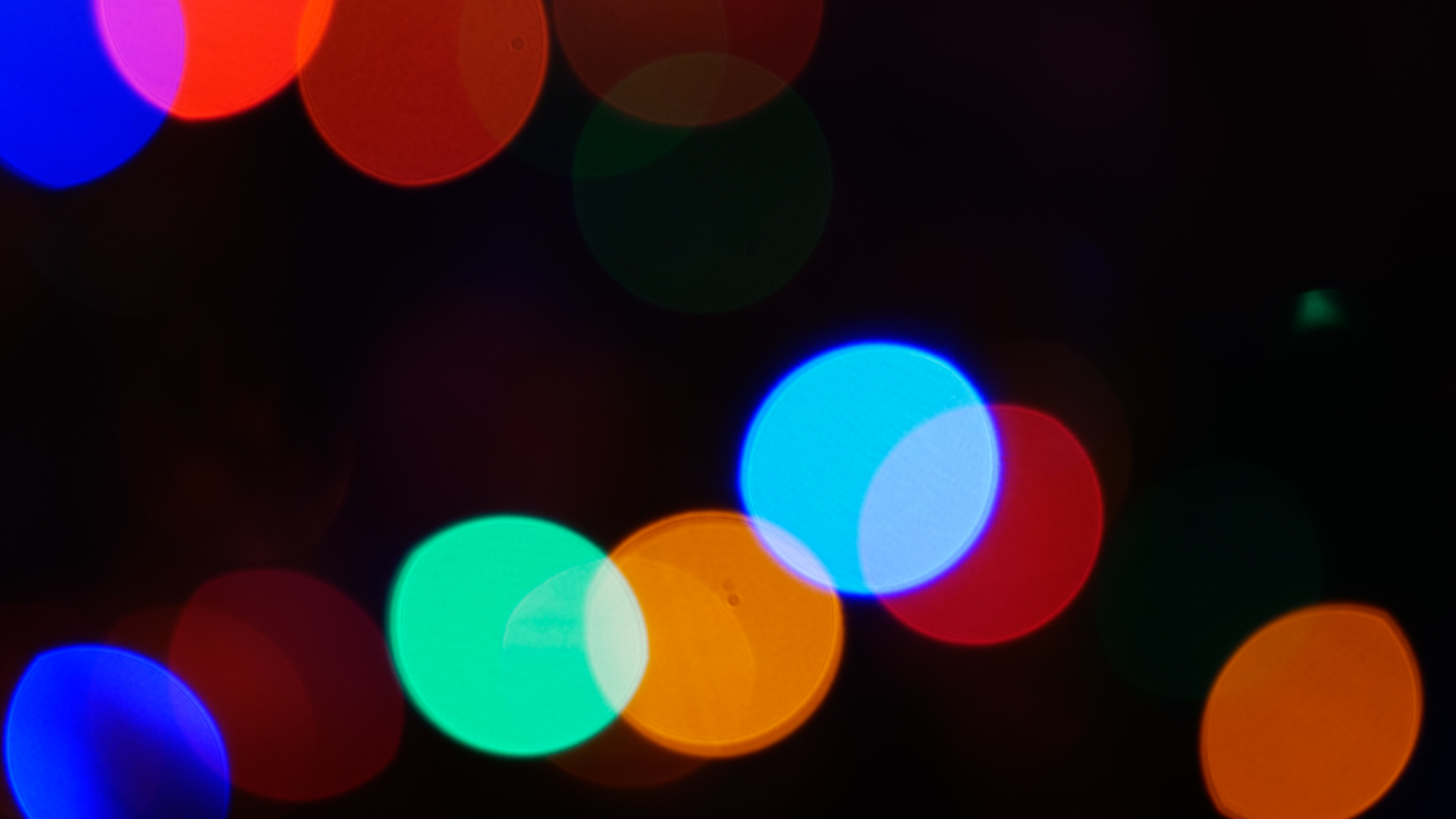 wHAT IS THE BEST LENS FOR Sony A7 mk2?

Of 25 lenses for Sony A7 mk2 we have reviewed, we selected 7 good, compact and affordable lenses.

The Sony A7 II is one of the most affordable full-frame cameras. But it’s definitely not a stripped-down starter model. The camera has all the features that make the second-generation A7 cameras so popular: built-in image stabilization, good autofocus, fold-out screen, many setting options and programmable buttons. And of course, a full-frame sensor in an extremely compact body. The 24-megapixel sensor can produce images with high sharpness and good dynamic range, even in low light. Such a good camera naturally deserves good lenses. These are now plenty, and the selection of high-quality and affordable lenses is fortunately still growing.

HOW DO WE CHOOSE? 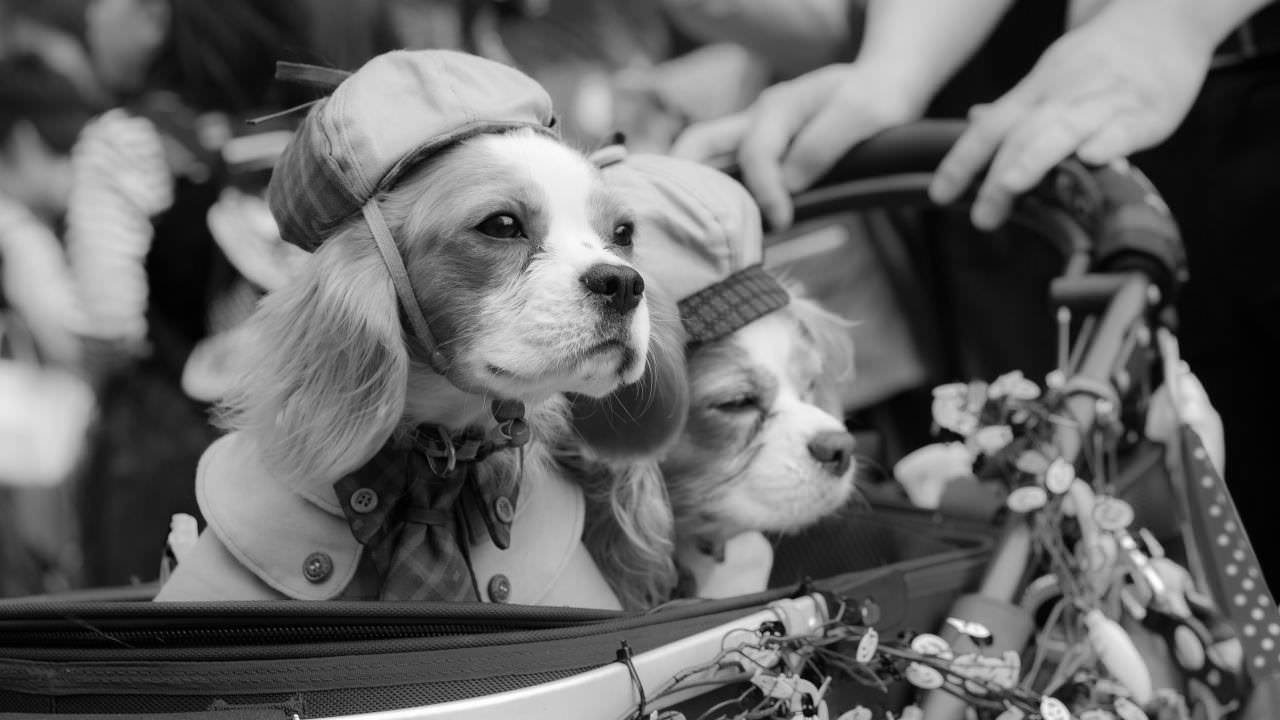 In choosing the lenses for the Sony A7 II, we choose good lenses that are also a little bit reasonably priced. Often, you then get as a bonus that the lenses are relatively light and compact. Sony’s most expensive lenses are the professional GM lenses. They are good and bright, but also big, heavy and expensive. For that full or half-stop extra light they let in relative to the cheaper alternatives, you often pay twice as much. And as a hobbyist, you run the risk with those kinds of lenses of not taking them you, because your bag gets so heavy then. The A7 II is a wonderfully compact camera, and what’s better than buying a number of good, light lenses that you can always take with you? Because the best list is always the lens you have with you.

For the recommendations, we only look at lenses we have tested thoroughly. The lenses we recommend are all tested on the A7R II, which is currently the Sony E-mount camera with the highest pixel count. There are only a few lens manufacturers that make lenses for the Sony A7 and A9 cameras. Currently, the choice is limited to lenses from Sony, Zeiss, Sony-Zeiss and Samyang. For video, there is also a selection of cinematic lenses from manufacturers such as Sigma and Tokina. Other brands, including Sigma, have announced that they are also going to start making lenses with the Sony FE mount. Until then, we will have to work with what’s available now. But Sony and Zeiss and Samyang have now released several lenses in the most commonly used focal lengths, so there’s a good selection to choose from.

Use the overview of test results per focal length as an introduction to almost 100 lens reviews. Beginners and many other photographers mainly use jpg files from the camera, which usually have multiple lens corrections applied. With the lens recommendations for starters and amateurs, we take that into account by basing our advice on the test results for jpg files. But for advanced photographers – and we assume that most of the Sony A7 II owners are – we base our recommendations on test results from unedited RAW files, as they give the best picture of lens quality. We assume that Sony A7 II owners will more often use RAW files to get the maximum quality and best dynamic range from their images.

The Sony 50mm f/1.8 might be the least expensive good lens you can buy for the A7. The image quality is already good at full aperture. Even the corners achieve great values at f/1.8 and only seem a bit softer because the middle is already so enormously sharp. As soon as you stop down a bit, the entire image is razor sharp from corner to corner. The lens is light and bright, and you can work in the dark wonderfully with it. However, 50mm is not everyone’s favorite standard focal length. Many documentary photographers prefer to work with a 35mm. Then choose the new Samyang 35mm f/2.8. This is a “pancake lens.” It strikingly resembles the Sony 35mm f/2.8, but it’s just a bit shorter and lighter. The performance almost matches that of the Sony 35mm f/2.8, and it costs less than half as much. With the Samyang, the A7 II is nearly a compact camera that you can fit into a spacious pocket with a bit of effort.

Sony makes two amazingly good macro lenses, a 90mm and this 50mm f/2.8. The 50mm is very versatile. You can use it as regular standard lens, but you can just as easily make perfect reproduction or macro photos with it. The lens goes to 1:1 and offers nearly perfect image quality at every aperture. The main point on which the 90mm scores better is, of course, the greater distance you have from the subject. That can be more useful for photographing insects, but you pay a good amount extra for it. The 90mm is also significantly bigger and heavier, where the 50mm is surprisingly compact and light and can always find space in the bag. 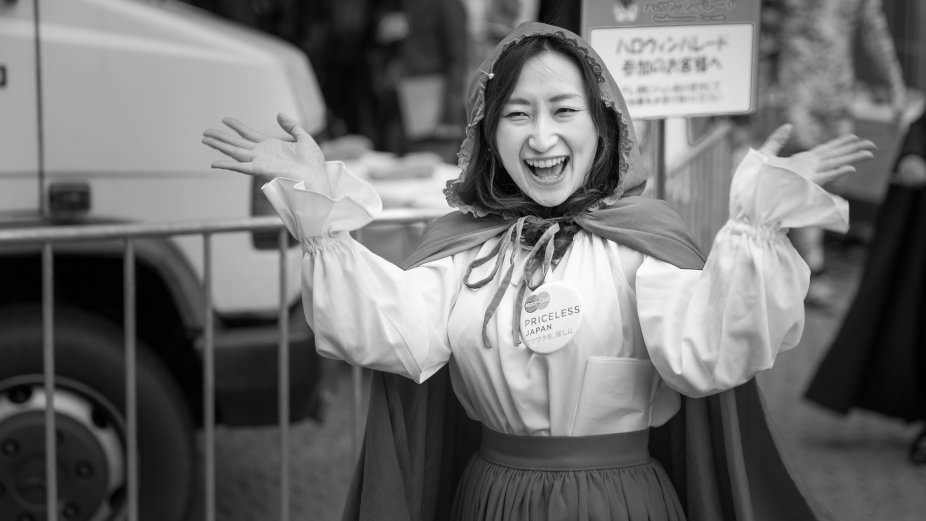 The Zeiss Batis 85mm f/1.8 is a short telephoto that is not only ideal for portraits. The Batis is bright and sharp at all apertures. The bokeh is beautiful, and the lens is also resistant to weather and wind. The Batis is a good deal lighter and more portable than the Sony 85mm f/1.4 GM and therefore much nicer for documentary and travel photography. Equally compact and in the same price range we also find the Zeiss Loxia 85mm f/2.4. The Loxia offers even higher image quality. On the other hand, the Loxia is one stop less bright and has no autofocus. The Loxia is really a lens for the fan who can appreciate its strengths. For everyone else, there is the Batis 85mm f/1.8.

The Zeiss Batis 25mm f/2 actually has no competition in this class. We were also impressed by the Sigma 20mm Art, but then we are not just talking about a different field of view, but also about a different construction method. The Sigma Art is made for SLRs and has to be used with an adapter on the Sony. The Sigma is therefore much bigger and heavier. The image quality of the Batis is fantastic, and the lens makes a much better combination with the compact A7 II, in ergonomic terms. With the Batis, you get the maximum quality from this camera. And you can also use the combination in a rain shower, thanks to the good weather resistance of the Batis lenses.

The Sony 24-70mm f/4.0 OSS falls, in terms of price and quality, exactly between the less expensive Sony 28-70mm f/3.5-5.6 OSS and the Sony 24-70mm f/2.8 GM. The performance of the lens is generally very good and much better at full aperture than that of the 28-70mm. Only in the extreme wide-angle mode, at 24mm, it is recommended to stop down a couple stops to get the corners good. The lens is nicely built and a lot lighter and more compact than the GM version. This is an ideal objective to always have with you. 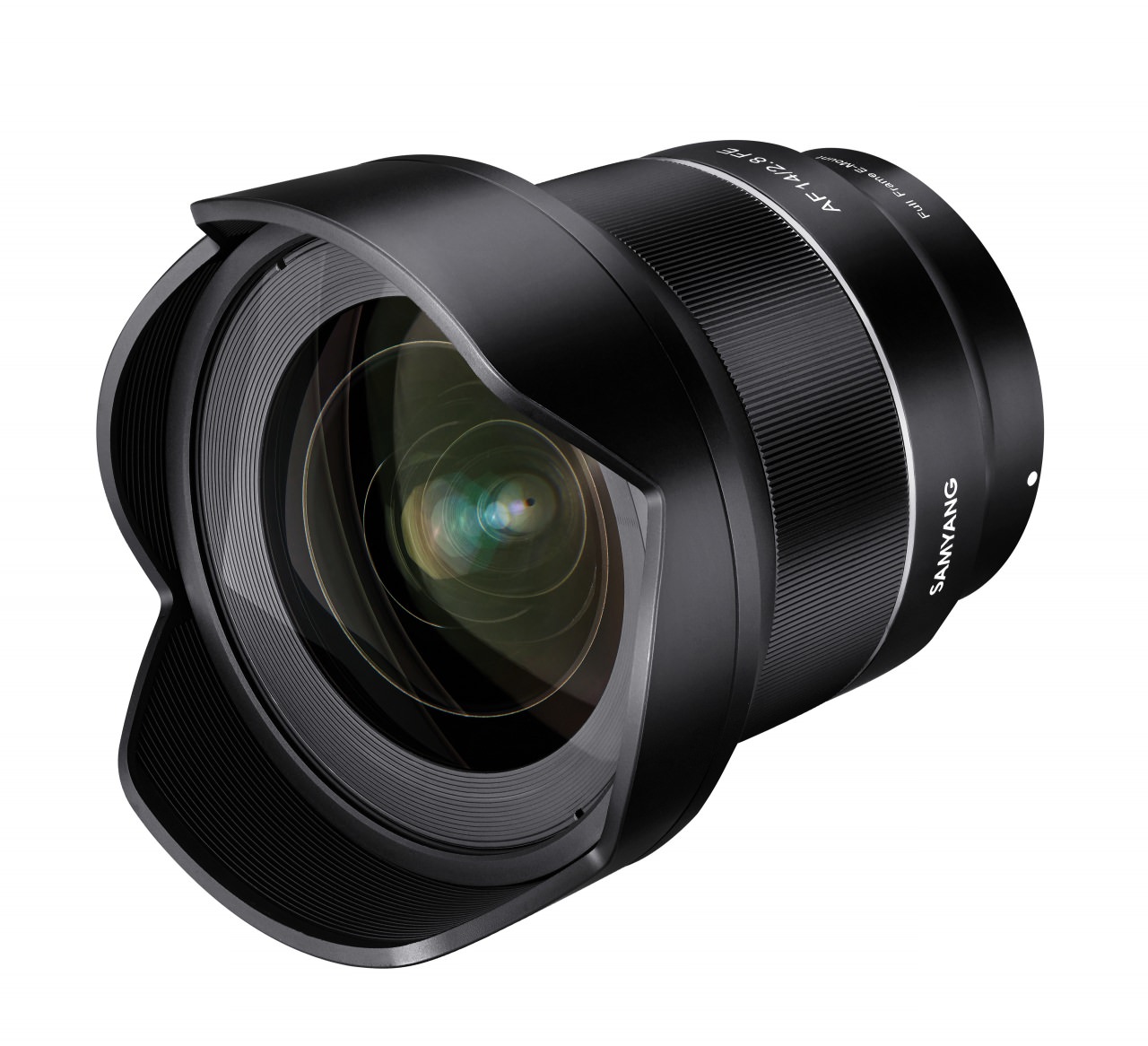 The Samyang 14mm f/2.8 is a fairly new lens that was a pleasant surprise during testing. Not only because of the pleasure that photographing with an ultra-wide angle provides (seeing is believing), but also because of the high image quality. It is already reasonably sharp at full aperture, and with stopping down a couple stops, it really achieves good scores across the entire field. Of course, a lens like this is not free of distortion, but no 14mm is. If that is disturbing, you can always correct it a bit in post editing. The comfortable price for a lens with these specifications makes it a logical choice for anyone looking for an objective with such a large field of view.

Bokeh does not only depend on sensor size and aperture. Of course, a short focal depth helps to isolate a subject from the background. But rounded aperture blades (preferably as many as possible) and the quality of the (achromatic) lens elements used are also important for the quality of the bokeh. The Samyang 50mm f / 1.4 AF is another Samyang lens that surprised us. It’s bigger, heavier and more expensive than Sony’s 50mm f/1.8. That’s why it was not our first choice as a standard lens. But where the Samyang stands out is the bokeh, the background blur. It’s one of the most beautiful background blurs we’ve seen for the Sony system and by far the best bokeh for this price. That is partly but not entirely due to the big f/1.4 aperture. It must also have something to do with the entire lens design. Bokeh balls with this 50mm are big, soft and fairly round, even up to the edge of the field. Even the impressive Sony 85mm f/1.4 GM cannot manage that. There, the bokeh balls on the edge of the image take on a cat’s eye shape. The same goes for other 85mms like the Zeiss Batis and the Sony 85mm f/1.8 and the Sony-Zeiss 55m f/1.8. The Samyang does that better and also has great image quality already at full aperture. 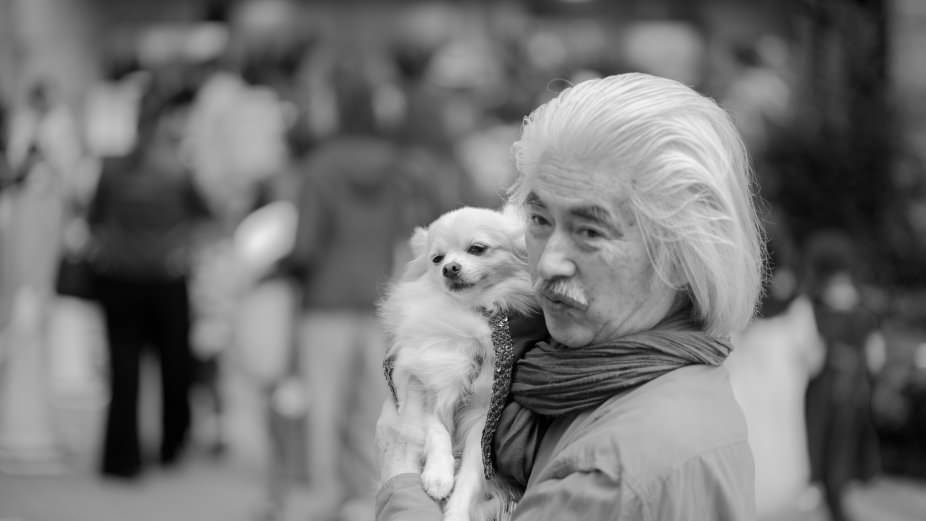 WHICH REVIEW OF A LENS WITH A SONY FE MOUNT ARE YOU LOOKING FOR?

It has taken us months to test the first 25 lenses with Sony FE mount, both in the lab and in practice. We base our lens recommendations on the lenses with a Sony FE mount (or adapter) that we have reviewed. For zoom lenses, we test multiple focal lengths, so you can compare the image quality of a zoom lens with the image quality of a fixed focal length. That takes a lot of time. That’s why there are still many lenses for the Sony A7 mk2 that you don’t see in this article, simply because we have not been able to test them yet.